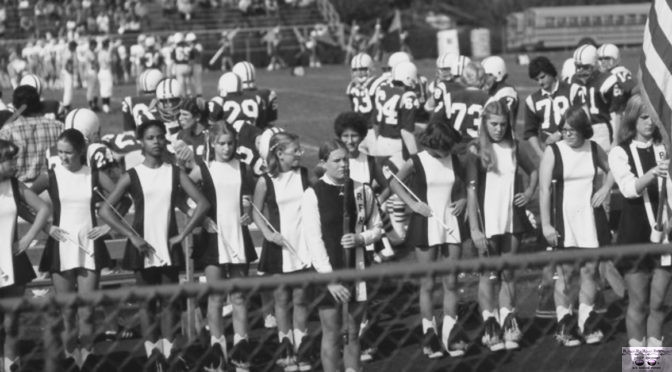 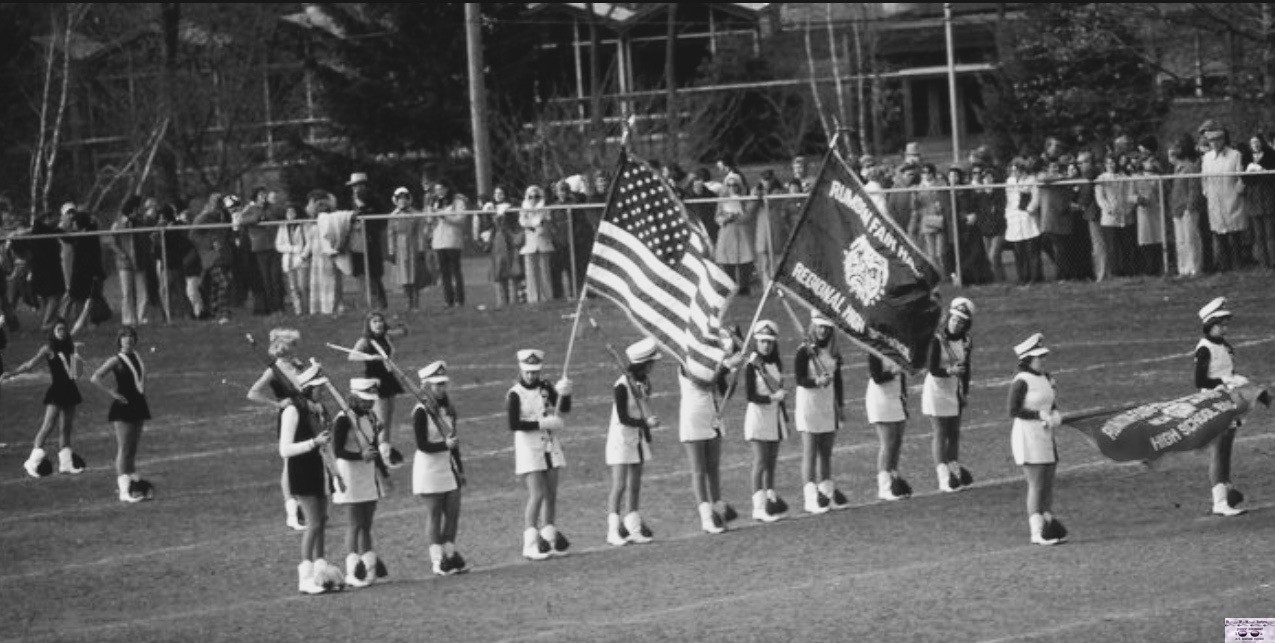 Well, RFH has emerged victorious once again. Sunday’s win made them state champions. And while the team is busy playing all the way to champion wins, there’s a lot more in the way of school spirit going on down on the field and/or sidelines, not to mention bleachers.

Back in the day, or at least more than a couple of decades ago, part of the halftime production included, as it does now, the marching band, cheerleaders and color guard.

While the color guard of present day includes the twirling of colored flags, batons and rifles, it is a performance component of the RFH Marching Band. In the past what the color guard does now with a few students was done in at least two different teams.

The twirling and routines of the rifle bearers during halftime was done by the RFH Drill Team, specifically. The team was rather large. Twirling of batons and colored flags fell separately under the umbrella of the RFH Twirl Team. There was no dance, only cheerleaders, who did gymnastic-type routines to accompany the cheers, no dance. And those uniforms were quite different than what is seen on the cheering squad nowadays.

So, the Retro Pic(s) of the Day offer a glimpse back to the late 1970s with a look at halftime, the RFH Drill Team and Twirl Team. Oh, and there’s some Color Guard in there, too.

Anyone remember which teacher led the girls on the Drill Team? How about twirling? Who remembers a good cheer? 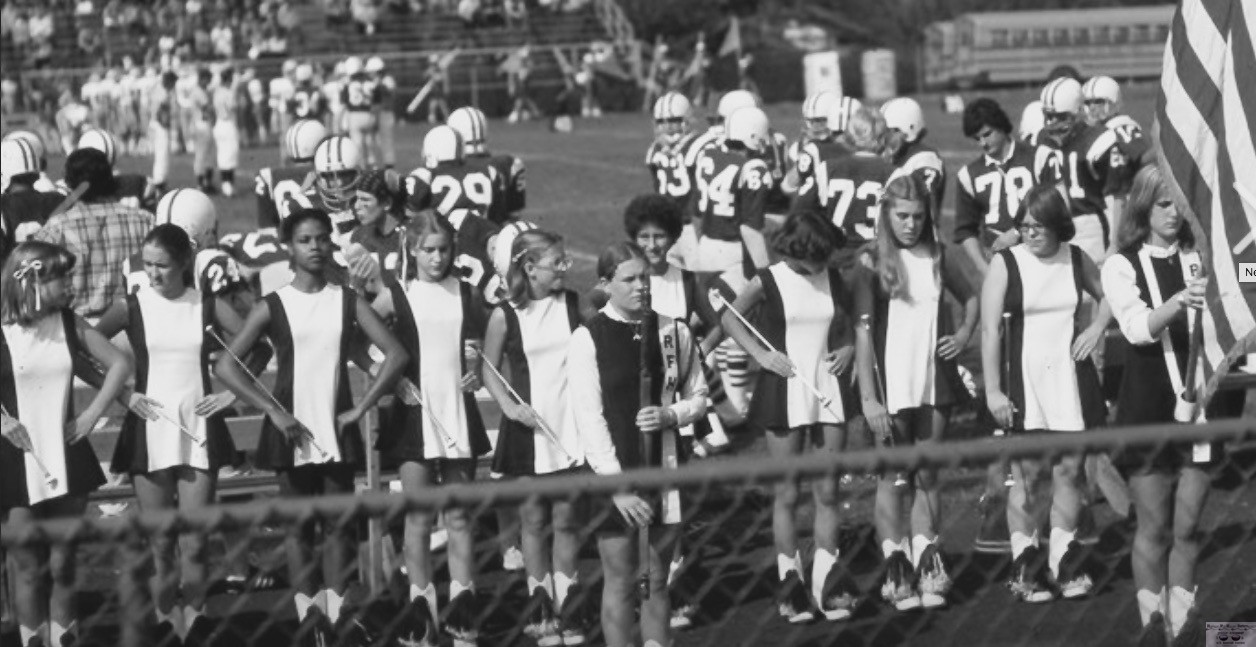