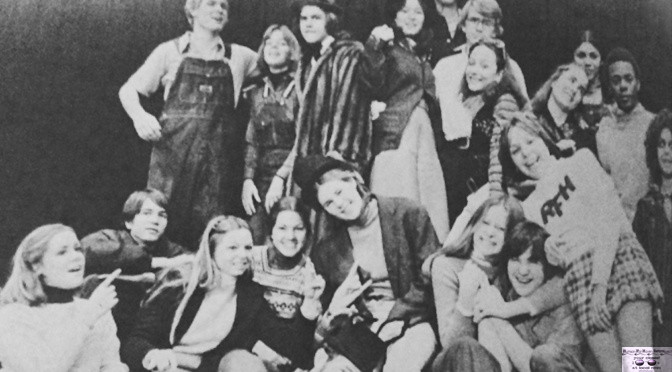 There have always been two productions, a fall drama and a spring musical. The fall drama was a Tower Players play. Tower Players only were auditioned and cast. The spring musical a different, more school-wide production. It was billed as an RFH show, with auditions open to anyone in RFH, casting dance and vocal choruses, lead and supporting role actors and all.

END_OF_DOCUMENT_TOKEN_TO_BE_REPLACED 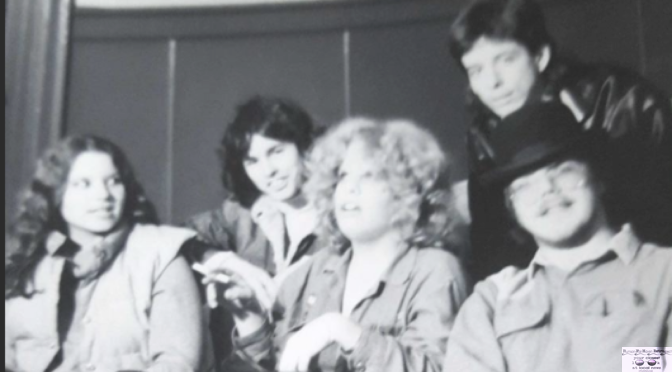 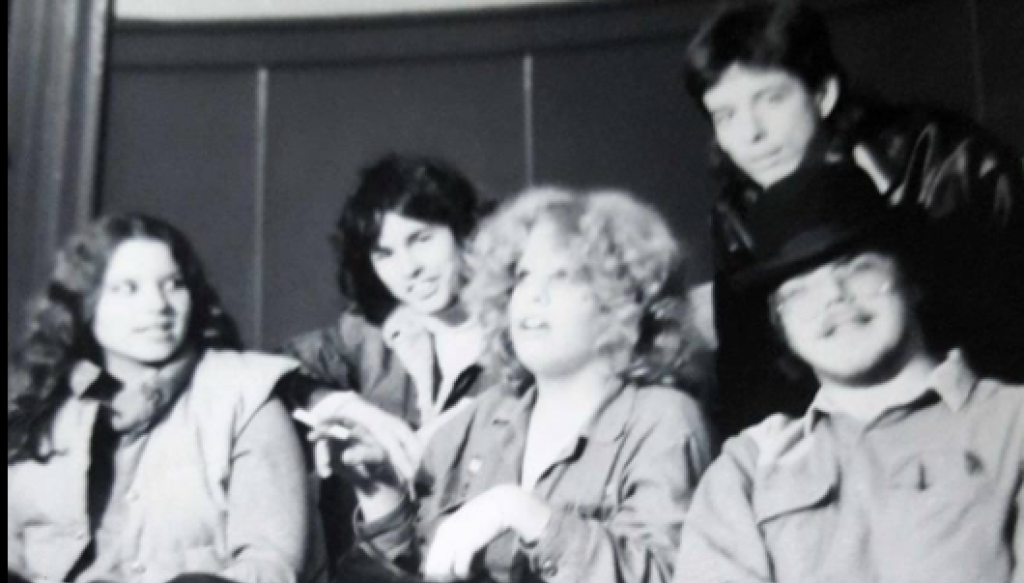 The time has come for all Rumson Barn Theatre buddies to gather once again.

Once upon a time, there was a crew of theater folk in their teens and early twenties who gathered regularly at The Barn in Rumson. They did shows, tech and bonded very quickly as the best of lifetime friends.

The proof is in the contact and gratitude for one another’s show folk mentality to this day.

One crew is reuniting on Saturday.

So, the Retro Pic of the Day honors that gaggle of Barn Theatre kids.

There are a couple of old (and I mean that in the kindest way) Rumsonites in this classic shot taken by fellow theater gal, Ann Toronto McNamara circa the early 1980s.

Here’s to our theater heroes! Stay tuned for the reunion photos! 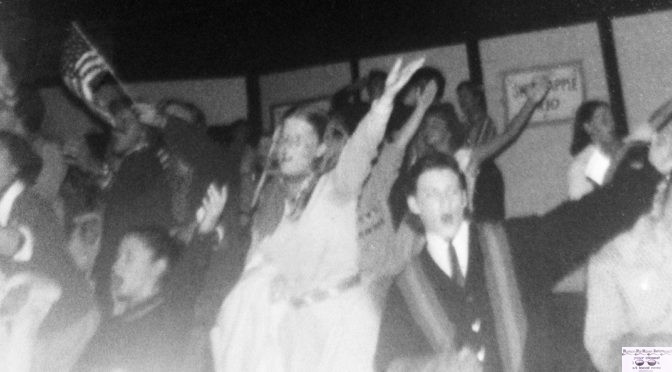 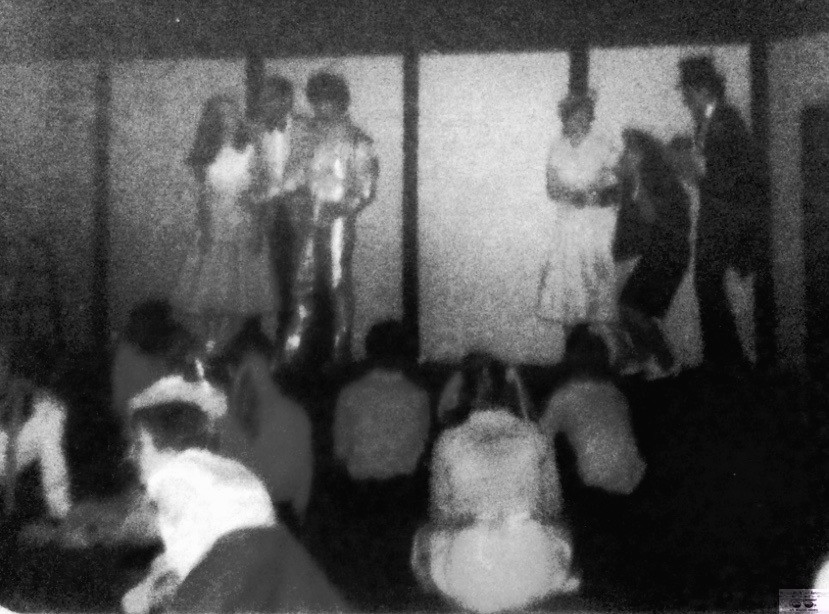 Summer is in full swing. School’s out and kids are embarking on summer activities.

Back in the 1970s, teens were actually singing about it … in summer theater at The Barn Theatre in Rumson.

The Barn, run by the gravely-voiced veteran dancer and theater lady with, yes, cats, and an eccentric flair like none other, Lois McDonald, was a home away from home for many RFHers who had some talent and the energy to rehearse and bond in the mix.

The times were memorable ones with many who turned out to be lifetime friends. And, the theatrical training was irreplaceable. A lot of talent came out of the little theater on Avenue of Two Rivers that aptly used to be a barn.

One summer, in particular, in the late 1970s, many RFHers and teens from surrounding high schools were cast in Bye Bye Birdie.

So, the Retro Pic(s) of the Day honors Lois McDonald’s Barn and the summer memories made with two photos of the cast of Birdie.

It certainly was great to be able to sing “Kids! I don’t know what’s wrong with these kids today!” at 17! Recognize anyone in these photos? 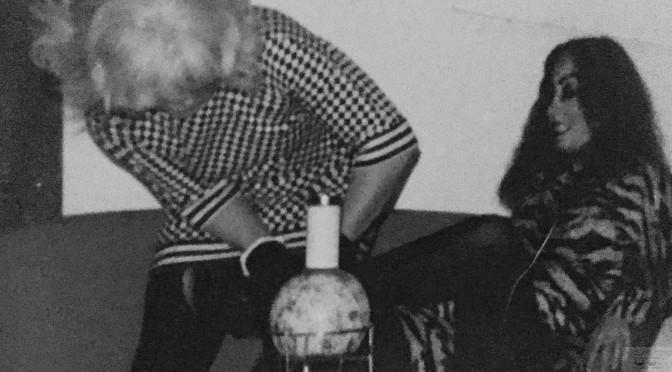 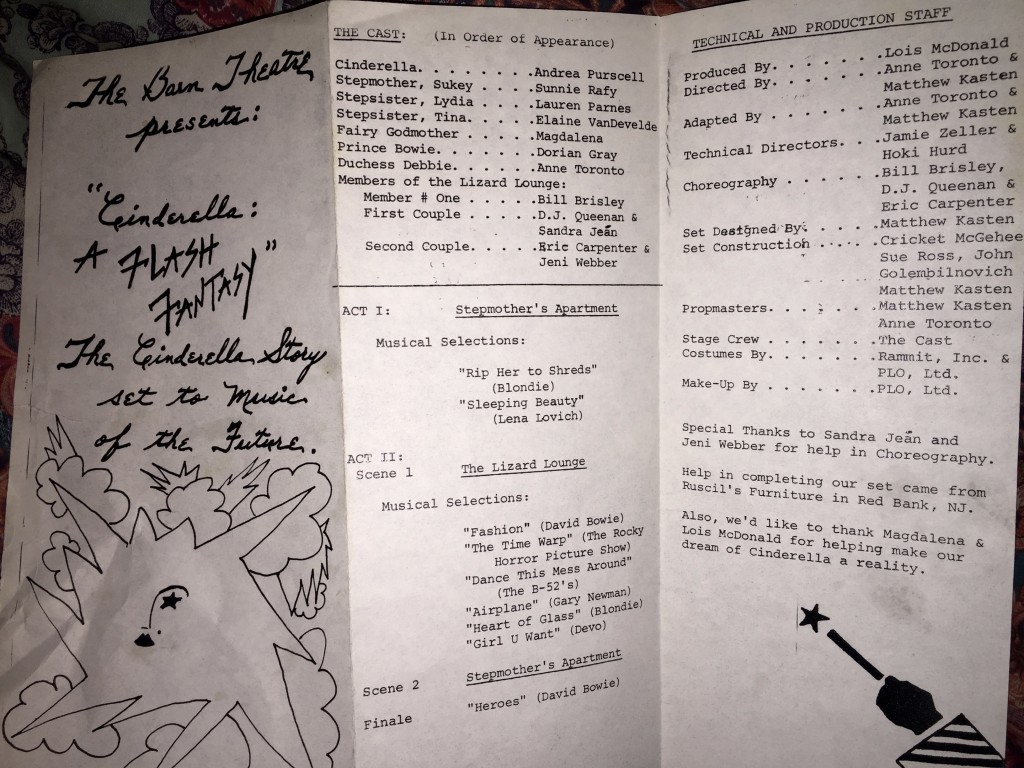 The recent revisiting of Chef Rossi to her RFH and Barn Theatre roots, images of a show she worked on were once again conjured up.

It was a David Bowie/punk rock-inspired children’s theatre show done at The Barn in 1979 (or was it ’80?) that offered a colorful twist on the Cinderella story — Cinderella: A Flash Fantasy.

Set to Bowie, B52s, Blondie and a little Rocky Horror Picture Show music, memories of the show came spewing forward last week as most of the cast reunited at Rossi’s book signing.

It offered a special memory for Rossi, who was quickly adopted by this theatre tribe when she didn’t quite fit in with the status quo at RFH. Her bud Jeni Weber Zeller brought her to The Barn and she never left.

She worked tech crew on the show and made lifetime friends. A lot of people did, including this editor. In fact, Rossi’s book signing/reunion ended much like a typical cast party at Barnacle Bill’s decades later.

So, the Retro Pic(s) of the Day offers a glimpse back to that time at The Barn and that show.

Guess who? Yes, it’s me as the Tina Turner evil step sister trying to cram that glass slipper on. Oh, and that’s Anne Toronto McNamara offering some help.

The show also featured many RFHers. Check out the program. Do you know what Bowie song was played for the curtain call?