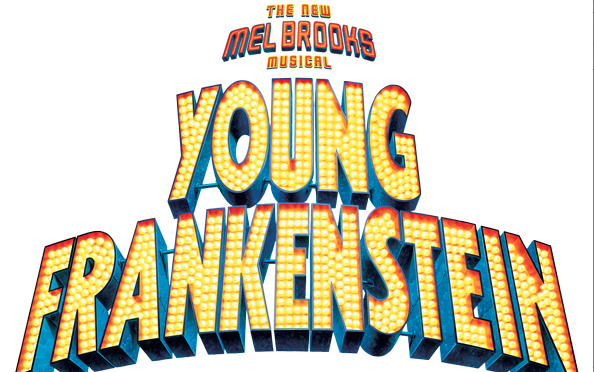 The following is an edited press release from Rumson-Fair Haven Regional High School:

The Tower Players will present the what was officially known as The New Mel Brooks Musical Young Frankenstein on March 20, 21, and 22. Based on the classic 1974 comedy film, the stage version features music and lyrics by Mel Brooks and Thomas Meehan.

Young Frankenstein tells the story of Dr. Frederick Frankenstein (played by Laurence Morales), a professor at a medical school who leaves behind his fiancée Elizabeth (Eli Rallo) and travels to Transylvania to claim the estate of his grandfather – the creator of the famous Frankenstein monster.

After years spent rejecting his family name, Dr. Frederick Frankenstein is visited by the ghosts of his ancestors who convince him to stay and repeat his grandfather’s experiments.

The castle’s current residents — Frau Blucher (Julia Mosby), Igor (Bailie Stypa), and Inga (Jen Andreacchi) — do their best to help Frederick bring his own monster (Michael Shaw) to life. Then the comedy ensues.

The RFH production features a cast of 42 students in singing, dancing and acting roles.

It is directed by RFH English teacher Suzanne Sweeney, who tailored the script for the high school-age actors and audience. Kasi Ann Sweeney is assistant director, and RFH Tower Players alum Patricia McCarron is the production’s choreographer along with Valerie Herman of Forrestdale School.

Costumes and props are under the direction of Carole Malik. RFH Social Studies teacher Matthew Leddin is overseeing the tech crew of 40 students. The set construction is being supplemented with contributions from the students in RFH Industrial Technology teacher Dino Pagano’s Stagecraft class.

The pit orchestra, comprised of RFH students as well as professional musicians, will be conducted by Music Director Vincent Mottern who is acting as coach for vocal performances as well.

Snacks and drinks will be available for purchase at the café in the RFH gymnasium during intermissions and after each performance. Also offered for sale in the café will be CDs featuring music performed by RFH student-musicians.

Tickets are $10 for general admission, and $6 for students and seniors. Admission is free for RFH students with SGA cards.

The box office will be open for ticket purchases an hour before each performance. Friday and Saturday evening performances will begin at 7:30 p.m., and the Sunday matinee will be at 1:00 p.m., in the RFH Auditorium.