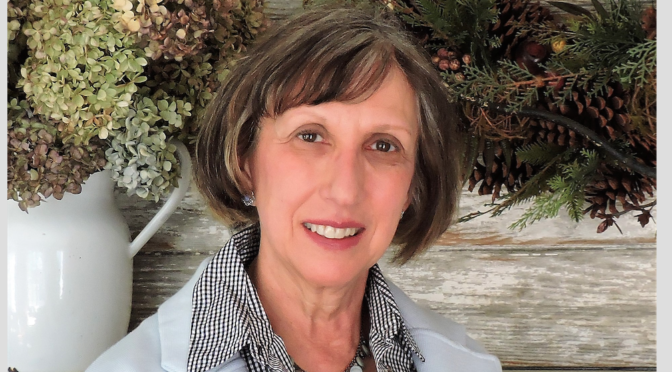 Mary Ann Kampfe will be back home in Fair Haven at the borough library on Thursday for a chat about and sign her book Dementia Dolls: A Daughter’s Story.

END_OF_DOCUMENT_TOKEN_TO_BE_REPLACED 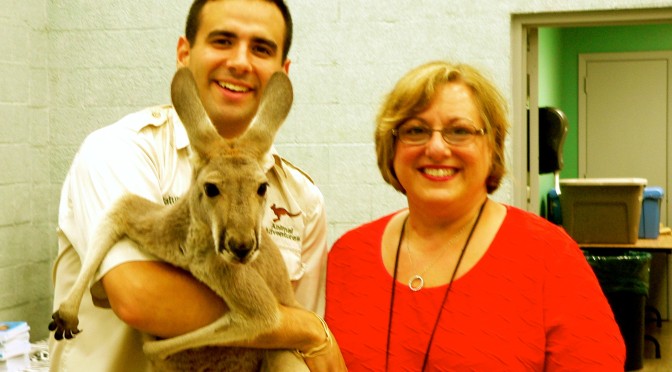 It’s not every day that a bunch of Fair Haven children get a chance to hang out with a kangaroo, a Mexican raccoon, a snake, an armadillo, an owl and a monkey — just Tuesday.

That was the day that the Fair Haven Library Children’s Vacation Reading Club program came to an end  and a celebration that involved introducing the kids to the host of interesting animals followed at the Youth Center.

The summer reading theme was superheroes. And while Anderson said she’d like to say there was some sort of connection to the animals, they were just a treat for the kids to highlight the day’s celebration.

Jacinto, a/k/a Nature Nick, introduced us to LuLu the 2-year-old kangaroo, who came to him from Texas.

She, a seemingly acclimated and friendly marsupial, hopped around, exploring the Youth Center (or Fair Haven Community Center, as it is now called) and checking people out. Very tame, no kangaroo punches were thrown and Nick just scooped her up when it was time for a photo and she obliged without a stir.

The armadillo, curled up in a ball that looked like a yellow rock, was really interesting, peering out from his shell to give things a sniff around.

The Mexican raccoon has a longer nose than the American raccoon. Content, it just gave a glance out of the carrier.

That was the extent of Rumson-Fair Haven Retrospect’s preview performance, and it was entertaining, if not just plain interesting to hang out with kangaroo and company.

Tarzan the monkey, we were told, was a bit too “fresh” to preview.

No boxing. No swinging with the monkey.

But, the kids did get an animal action treat.

Get a glimpse into our preview of the afternoon by taking a look at the photo gallery above. Click on each photo to enlarge, then click (next photo) to scroll.