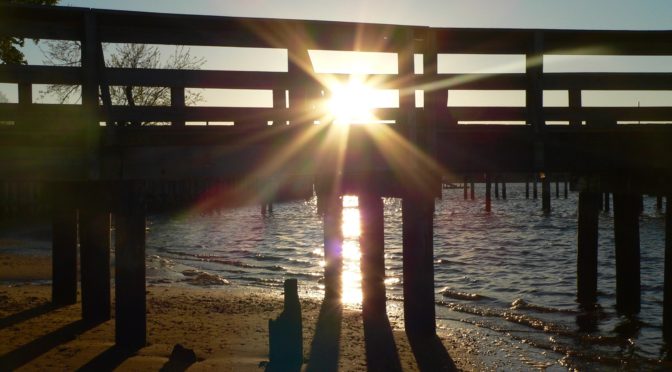 “BJ was the heart and soul of the family she raised with her husband, H. Ernest ‘Ernie’ Thompson, whom she married in 1951 at the United Methodist Church of Red Bank. While raising her five children, she also found time to run her own business, The Peppermint Tree: Fashions for the Young, in Fair Haven, and served numerous charitable organizations.”

BJ Thompson’s family in her obituary

BJ graduated from Bloomfield Junior High School in the Class of 1943, Middletown Township High School Class of 1946, where she served as the class secretary. After high school graduation, she went on to study at Colby Jr. College, now Colby Sawyer College, in New London, NH, where she received a bachelor of arts degree and then the Tobe-Coburn School for Fashion Careers in New York City. Thereafter, she became a buyer for Hahne & Company in Newark.

“BJ enjoyed winters in Florida; and, although she prayed for rain on her golf days, she had a hole-in-one while playing with Ernie at the Dunes Country Club on Sanibel,” her family said in her obituary.

“She loved gathering with her Tuesday Night Club for drinks and dinner (always a vodka in hand) at Ruddy’s Navesink Fishery. A good Bridge game also brought her great joy and she treasured the camaraderie shared with her fellow players.”

A former president of the Junior League of Monmouth County, in her earlier years with the organization, in 1963, BJ was named Junior Leaguer of the Year for her “extraordinary and continuous service to her league and community.”

She was instrumental in the incorporation of the Junior League of Monmouth County into the Association of Junior Leagues International. BJ was awarded the Outstanding Community Service Award by the Monmouth Park Charity Ball Committee. She was one of the founders of the Navarumsunk Auxiliary of Family and Children’s Service and served as president two twice. She was later named co-president emeritus of Family and Children’s Service with her dear friend, Lee Weber. BJ was also one of the first women to serve on the board of the YMCA of Red Bank.

“Her greatest accomplishment was her family and she cherished the time she spent with her children, grandchildren and great-grandchildren. She was proud of each and every one of them. Holidays always found the family gathered together to celebrate the day and each other. She loved traveling to the family home in Vermont – skiing, snowmobiling and enjoying all that Vermont has to offer. Many vacations were spent traveling the world with her family and they went to quite a few places! Some of her favorites were Scotland, Argentina, Chilean Patagonia, South Africa and Hawaii.”

BJ Thompson’s family in her obituary

Visitation will be held from 4 to 7 p.m. on Thursday, March 12, at Thompson Memorial Home, 310 Broad Street, Red Bank. A funeral service will be held on Friday, March 13, at 10 a.m. at the United Methodist Church of Red Bank, 247 Broad Street, Red Bank. The Interment will be private and held at the family plot at Fair View Cemetery. Donations to Family and Children’s Service are preferred.