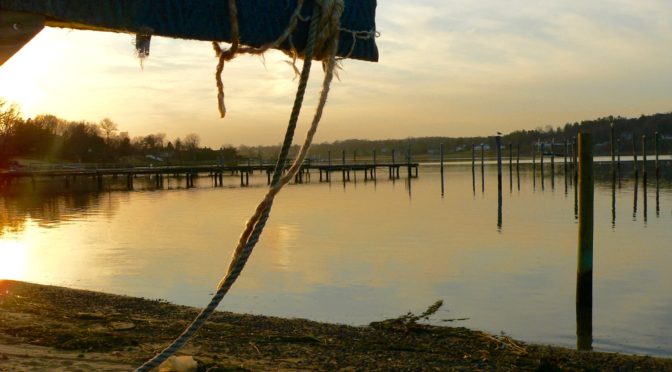 Longtime former Rumsonite and World War II vet Howard Heinsius has passed away. He was 94. A memorial service has been set for 11 a.m. on Wednesday at St. George’s-by-the-River church in Rumson where was a devoted and long-time member having served on the vestry and as a warden and member of the choir.

Born in Union City, New Jersey, Heinsius ended up living much of his life, more than 40 years, in Rumson before moving to Thornebrook in Shrewsbury, his obituary said. While in Rumson, Howard was also a member of Sea Bright Beach Club, the Cornell Club and New York Athletic Club.

Howard was known as an avid golfer and singer. “Music was a big part of his life beginning at an early age as a choir boy in three of the largest Episcopal churches in New York City,” his obituary said. “He participated in several U.S. Army shows and sang with professional groups on radio. During his Cornell days, he was a soloist with the Cornell University Glee Club.

He was a member of Deal Golf and Country Club for more than 60 years. In that time, he served on the board for many years and later as president. He was also a long-time member of the New Jersey Seniors Golf Association and the Bogey Club.

Howard was known for his “distinguished career in the hotel and travel profession,” his family said in his obituary. After graduating from the School of Hotel Administration at Cornell University in 1950, he worked in various capacities in two major New York City hotels until 1952. He then moved to Red Bank to become the sales and marketing director of the Berkeley-Carteret Hotel in Asbury Park, later becoming part of its overall management group, his obituary added.

In 1956, he joined Needham and Grohmann, the largest advertising agency in the country specializing in hotel, resort and hospitality accounts. Howard became president and CEO of the agency in 1971, overseeing a staff of 50 and accounts in the United States, Canada, the Caribbean, South America, the Philippines and Europe. In 1978 he purchased the company. In 1991, he merged the agency with another travel advertising agency in Orlando and become president of the New York division.

Howard received numerous awards and honors throughout his career including the prestigious Albert E. Koehl award for his outstanding contributions to the travel and hospitality advertising profession. He also was honored by the Nassau/Paradise Island Association for his significant contributions to the marketing of the Bahamas. For several years, Howard taught advertising and pubic relations courses at Cornell Hotel School.

As a World War II veteran, he joined the U.S. Air Force and after training in various installations and training schools, was attached to the 59th Airborne Troop Carrier Squadron as the radar navigator serving England, France, Germany, Belgium and Trinidad. He was on his way to the Pacific when the atomic bomb was dropped.

Howard held many offices and memberships in various companies and associations. He was the past President of the New York’s Cornell Society of Hotelmen, served on the board of the Buck Hill Falls Corporation, was a lifetime member of the Cornell University Council, past president of the Jersey Shore Commuter’s Club,

Howard was predeceased by: his wife, Marilyn; his daughter, Lee; his parents, Henrietta Malone and Walter Heinsius; and his brother, Walter Jr.