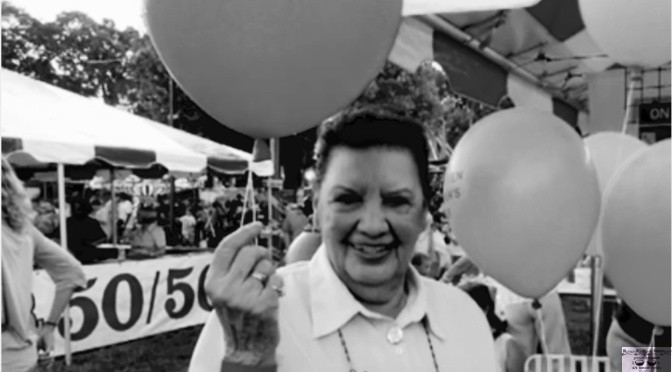 There have been a lot of significant beginnings and endings lately. The end of summer. The beginning of locals’ summer. The start of school — new chapters and first days.

But, what about the middle? The end of the Fair Haven Firemen’s Fair brings me, and probably more than a few others, back to that middle.

Hold on tight, because it’s really all about the ride. Forget about waiting in line in nerve-wracked anticipation to get on it and the guise of regret when it comes to an end.

When I was a kid, my dad, Bill, used to goad me to ride the Sizzler with him at the Fair Haven Firemen’s Fair — that stupid amusement the sole purpose of which was to whip you around on the end of octopus-like tendrils ‘til you were sour-bellied, dizzy and scared.

OK, I was a bow-legged, scrawny sissy. Dad would bellow his unmistakably hearty guffaw as I screamed and smashed into his side from the Sizzler’s whipping force. And that laugh … that laugh … No one knew quite how to amuse themselves with their own inside jokes like Bill Van Develde.

You could say it was symbolic of the ride life takes us on — jolting and scary at times, yet an amusing thrill of comfort.

The fair ended on its usual Saturday, albeit a soggy one this year. No matter. The tradition it brings every year never fails to evoke memories of many of those salient beginnings and endings.

Yes, everything has its time and purpose; and those beginnings and endings are part of life. But what about hanging onto the middle just a little?

Sometimes the beginnings and endings are just too bittersweet a life’s morsel to gobble up.

On closing night, longtime fair volunteer Jeanette Choma always embarked on her own little tradition. She let balloons float up into the dark, endless sky over the fair grounds, presumably to heaven, in memory of everyone associated with the fair who has passed. Teary eyed, she always used to remind me of her tradition and that she never forgets. No one does. No one forgets that middle.

When a helium balloon slips out of your grasp, like a lot of things you begrudgingly let go of in life, you really never know where it’s going to end up. Sometimes it just gets away from you.

You’ve seen it before … a kid crying, jumping in the air to grab it back and hold on tighter than before. It’s that time — the time when you held it and walked with it that made you smile — like a memory. Letting it go never takes that middle away.

The fairgrounds are sparse again. The rides are gone. No one’s cooking in the kitchen. The remnants of a balloon that never made it to heaven are stuck on a few fence posts.

In the distance, I can hear Dad’s loud, hearty laugh, followed by his signature “Take ‘er easy, buddy!” as he roams the fairgrounds annoying small children with smacks on the back and his relentless work ethic.

I can see Mom laughing at the Grab Bag Booth and offering a little taste of funnel cake and a balloon to neighborhood kids. Both were always very content in their “middle” niche. So were we.